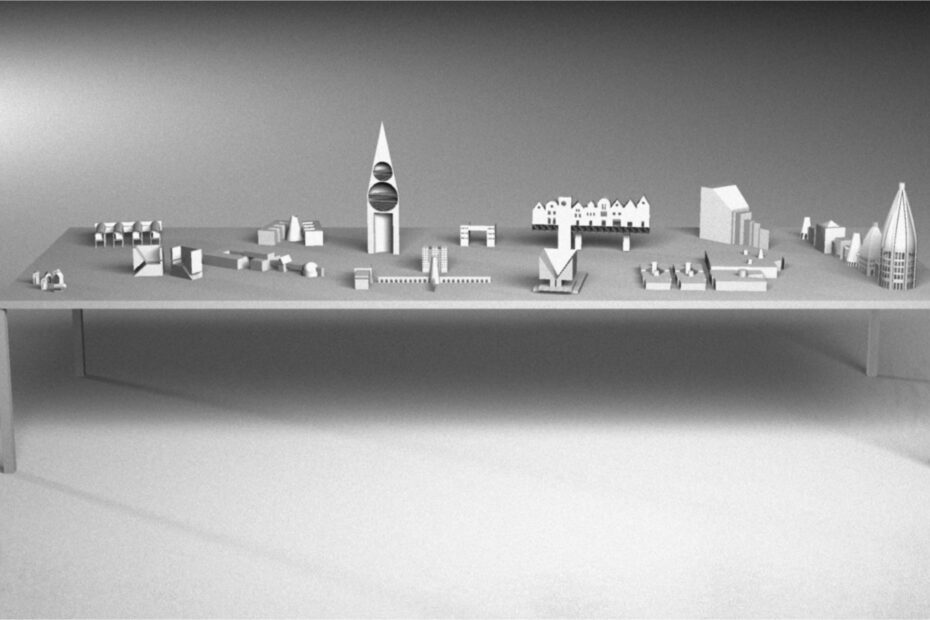 Aldo Rossi, Competition for the Monument to the Resistance in Cuneo, 1962, has been the engine fueled my recent work, merely for the past two year. While Monument to the Resistance, ceaseless in construction (actually it was never built) but intervene how we consider unbuilt work has been remarkable rather more influential to the entire design world. My project is a research work and preparing for the exhibition in Sicily, Palermo and its sister city in Chengdu, China, along with a publication with two introductory text by two esteemed scholar of Rossi work, entitled Building the Unbuilt. Early research and documentation works started in Summer 2013, with Aldo Rossi’s sketches and drawings, entirely unbuilt projects that formulate the unconstrained and undisputed, like étude – each study resonance entire field from individual structure to the entire city, as Aldo Rossi, The Architecture of the City (Cambridge: MIT Press, 1982), it is relationship of the logic (public) and biography (private.)

Early Rossi inspired the resistance of my practice, zeitgeist Miniature Museum (M/M) is the world smallest’s museum, a creation of compact and autonomous structure would serve to capture various scale and media art installation, including low-frequency sound installation from Japanese-American composer Ken Ueno, uncanny installation reflect fantasies and childhood memory by Italian artist Manfredi Beninati, question of land and landscapes by Belgium landscape architect Bas Smets, and along with other renowned international artists.

For museum boom in China is phenomenal since past decade, has effect how we understand society and culture with burgeoning private museums in Asia, as taking greater effect how government has taken positive role, in understanding not explemary of fixed traditional model borrowed outside of Asia, rather a model fueled by ability to adapt understanding of museum as performance work.

Permitting the main space differentiated between inside and outside, inhabiting the interior and exterior spaces, giving experience of multiform, a rich spatial experience which inhabitant contained inside a dampened thick wall, where viewers realize they can walk through the plane of light, bathe into a volume of uncertain experience of unhurriedly shifts from contrasting light to dark, creating an intense experience question our primal experience of passage and destination, where traveling is meant as sensation of unique and reflective atmosphere.

The Miniature Museum (M/M) is predominantly a free-standing concrete structure, preside as a wall and a facade along with 5 interventions/openings: permitting natural light, viewing aperture, acoustic chamber, threshold entrance, and negative cast handrail to guide view along inclined ramp, along the concrete structure attached to the larger performance hall, art center, and administrative offices for a cultural institution in Haidian district, western part of Beijing.

Grand Opening Projects is curated by artist/architect Thomas Tsang, to question the role of curating architecture in site-specific setting of the Miniature Museum, question of which public space are equally contained, contrary to common practice of emptied shell museum, witnessed greatest cultural projects, where grand openings are greatest collection of the museum.